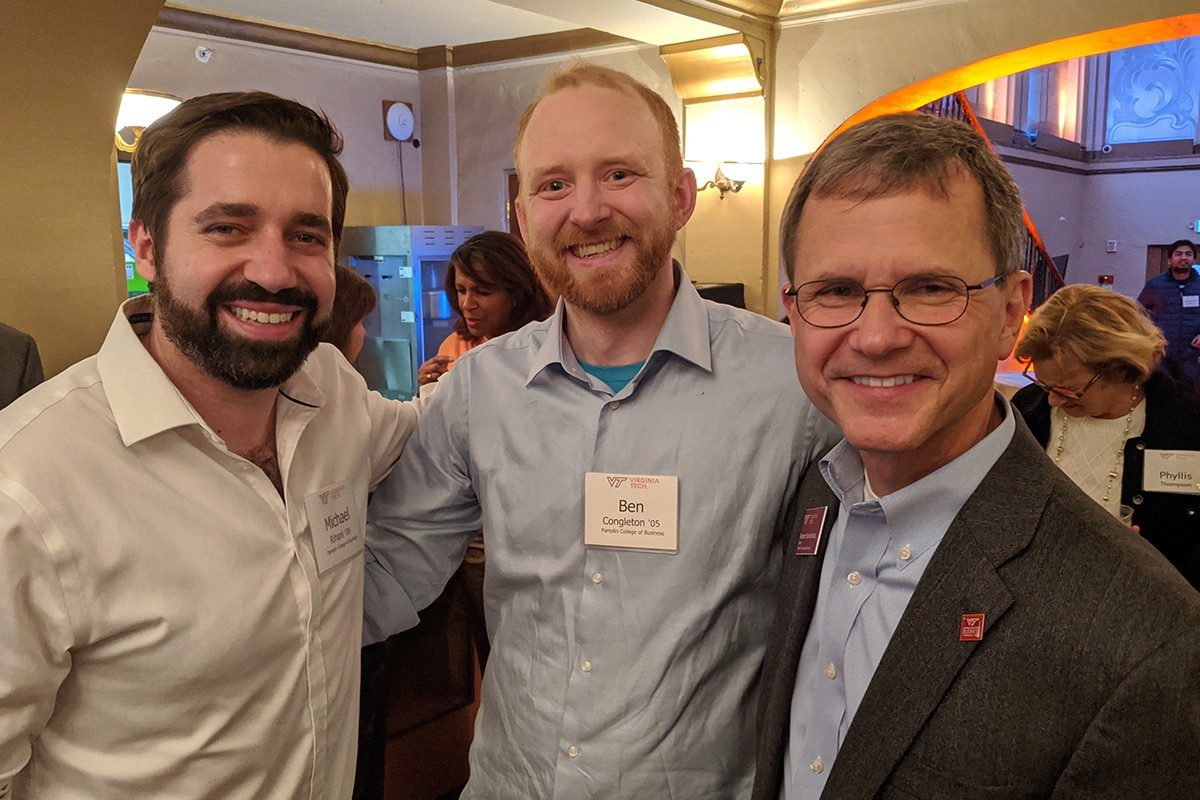 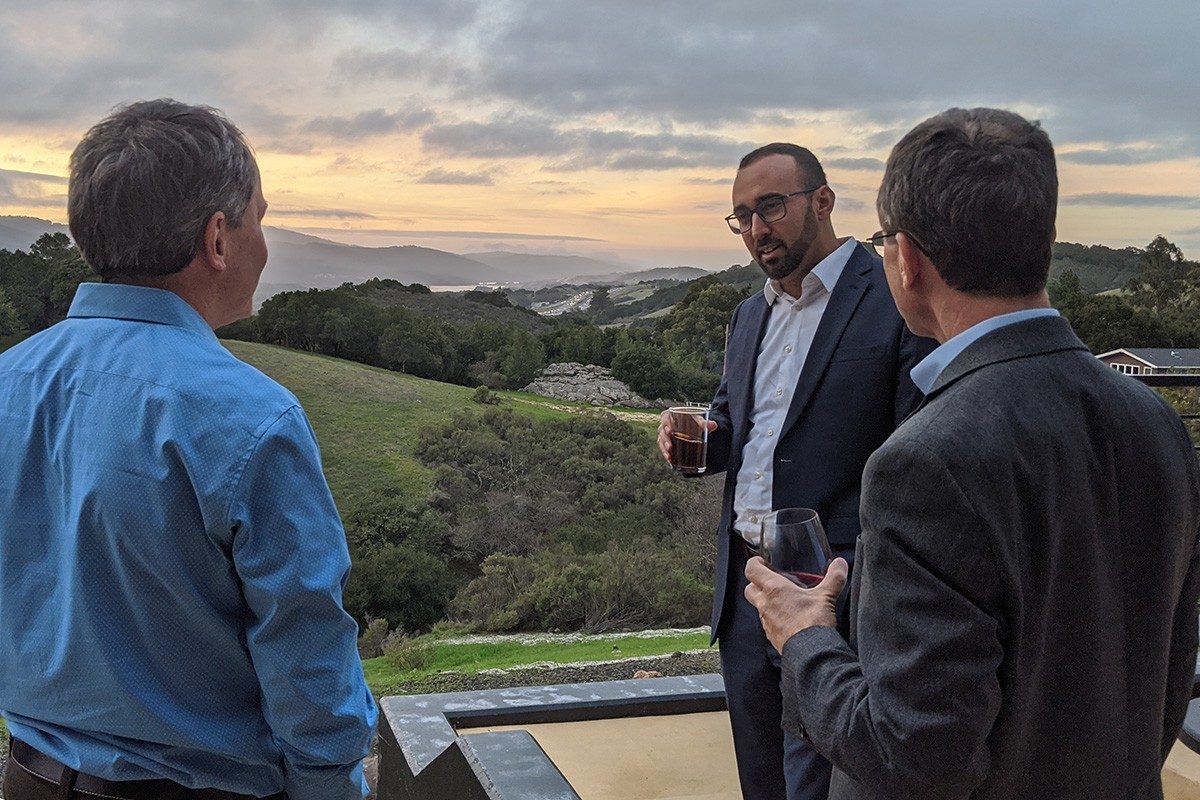 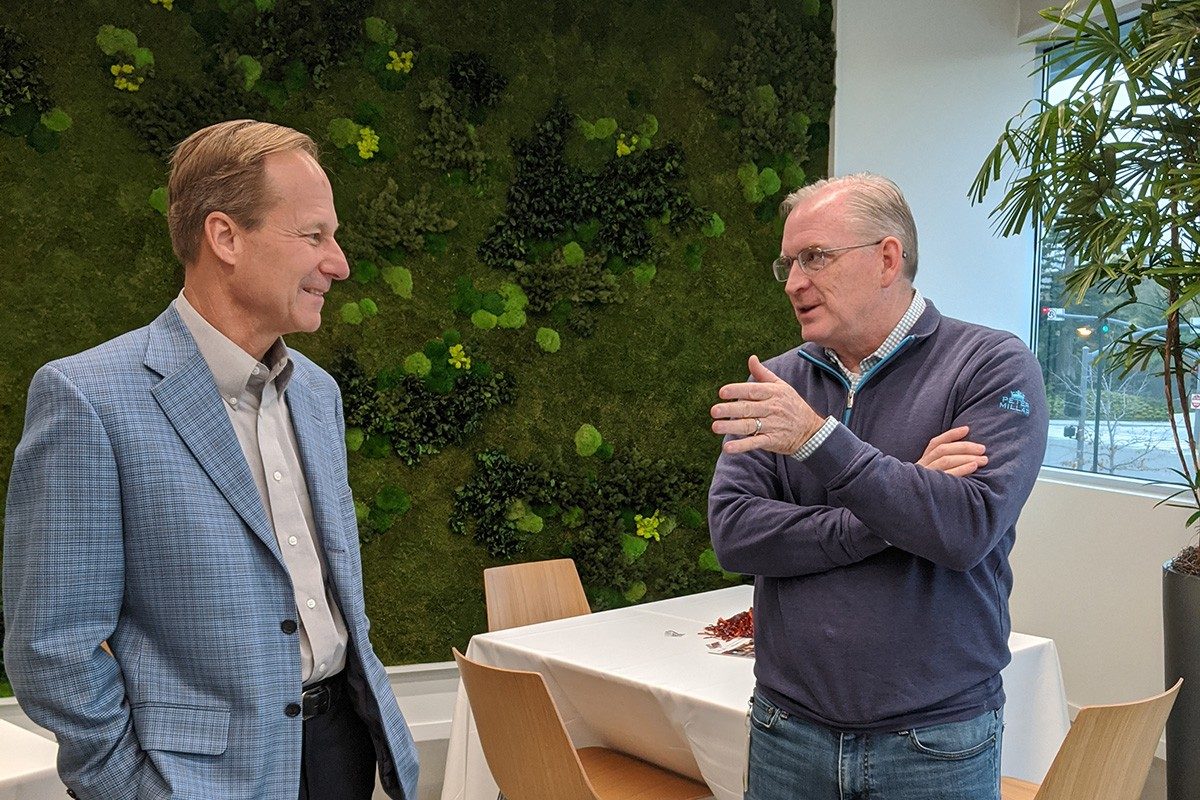 Pamplin Hokies showed up for Virginia Tech’s second regional Boundless Impact Campaign Kickoff event, which drew more than 120 Silicon Valley Hokies to the Fox Theatre in Redwood City, California, in January. They enjoyed a reception and dinner and a formal program. The mingling began some hours before at a reception for a small group of Pamplin Hokies hosted by Jonathan Ebinger (FIN ’86) and his wife Mary Louise Ebinger at their home and continued the following day, at a breakfast for Hokies in the area hosted by Pamplin Advisory Council member Phil Bullock (ACCT ’86), Apple’s global head of tax, at his office on the Apple campus in Cupertino.