For the first time, Virginia Tech is offering an undergraduate degree program in the greater Washington, D.C., metro area. The program is one that seeks to both help fill a major pipeline of skilled workers into area businesses and provide a path for upward mobility for the region’s under-served population.

The Cybersecurity Management and Analytics program, found within the Business Information Technology (BIT) major, aims to fill some of the 64,000 unfilled cybersecurity jobs in the greater Washington, D.C., metro area. BIT is the most recruited major at Virginia Tech, the largest major in the Pamplin College of Business, and the second-largest major at Virginia Tech. The new program, known as BIT-Cyber, emphasizes business processes and data analytics as applied to cybersecurity management.

Because BIT-Cyber allows students to complete a bachelor’s degree without leaving Northern Virginia, it enables access for Northern Virginia’s diverse, non-traditional and underserved student population. The recently admitted first cohort is 78 percent “diverse” in terms of ethnicity, socio-economic status, first-generation college students, and other categories. The cohort thus resembles the increasing diversity of the population in the greater Washington, D.C., metro area.

BIT-Cyber’s director is Svetlana Filiatreau, who was chosen because of her expertise in building academic and community-based partnerships and for her first-hand knowledge of the Northern Virginia and the greater Washington, D.C., metro areas. Before working at Virginia Tech, she lived in Northern Virginia and worked at George Mason University, where she had also earned her doctorate in international education. Filiatreau has an intricate understanding of the Northern Virginia population and the area diverse culture, has worked with key players in the area, and knows who the different localities serve.

“It is my privilege to help serve a population that would not normally have an opportunity to access a Virginia Tech undergraduate degree,” said Filiatreau. “BIT-Cyber has positioned Virginia Tech to reach a very diverse student population, who are often unable to come to our Blacksburg campus due to their unique circumstances.”

She also shares another unique background with the diverse citizenry of the DC Metro area. She is an economic immigrant from Ukraine, by way of Canada. “As an immigrant myself, I understand that it is very hard to get started in a career.” Filiatreau worked as a teacher in Ukraine when the Soviet Union collapsed. By the time she arrived in Canada, she was widowed with a young child.

A recipient of the 2016 AIEA Josephson Award in International Education, she holds a bachelor’s degree in education from Izmail State Pedagogical Institute (Izmail, Ukraine), a master’s degree in applied theology with a focus in community-based and youth development from Regent College (Vancouver, Canada), and the doctorate from George Mason.

Most recently, from January 2017 through June 2020, she served as Pamplin’s Director of International Programs. She created several innovative programs and cross-border academic partnerships to promote the development of students’ global competence. 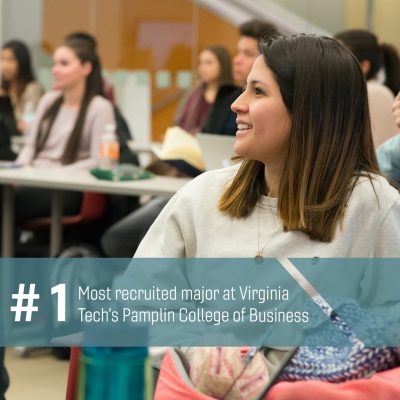 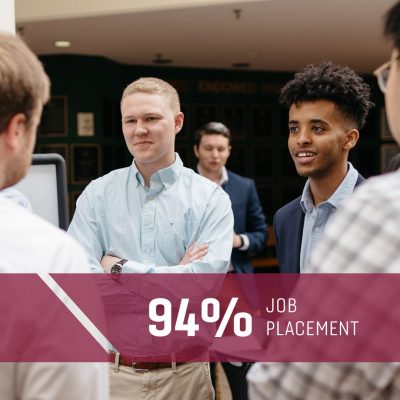 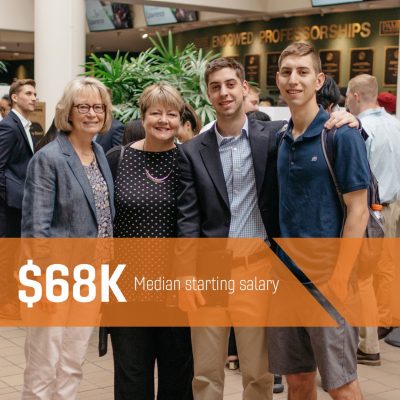 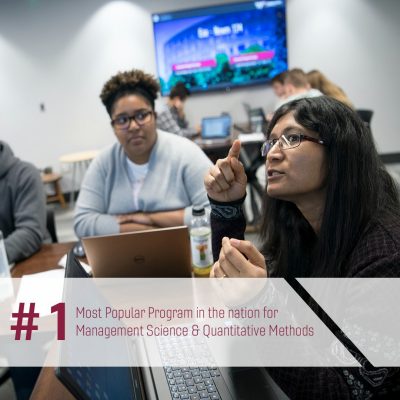 Filiatreau said that she sees the BIT-Cyber program as a larger part of the greater economic development of the area. “I think of education as a component in an economic ecosystem,” she said. “How can we help carry out Virginia Tech’s motto, Ut Prosim, ‘That I May Serve,’ and make the community better?” Filiatreau continued, “What sets Virginia Tech apart is the heart. Hokies lift up Hokies, and immigrants lift up economies.”

She explained that many of those who come through the BIT-Cyber program in the greater Washington, D.C., area will do so through Virginia Tech’s academic partnership with the area community colleges.

Because of that fact, she sees the program as a new access point to education in the area. “The goal is to be more than a transfer program.”

For those interested in BIT-Cyber, Filiatreau suggests reaching out as soon as possible and as early as in high school. “While still in high school, area students can enroll in dual enrollment programs through their high schools and community colleges. Through our collaboration with the area community colleges, we can guide you to take the right courses and ensure a pathway to success.”

For more information on the program, please visit https://bit.vt.edu/cyber.html.